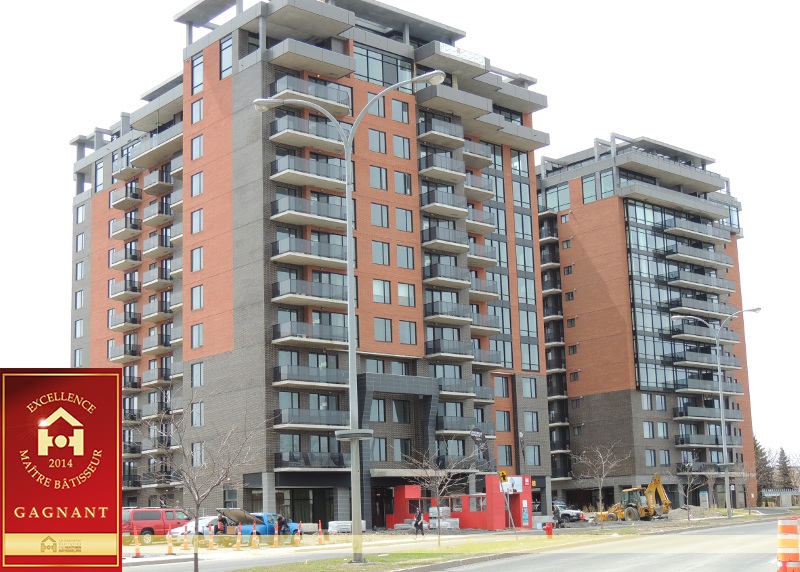 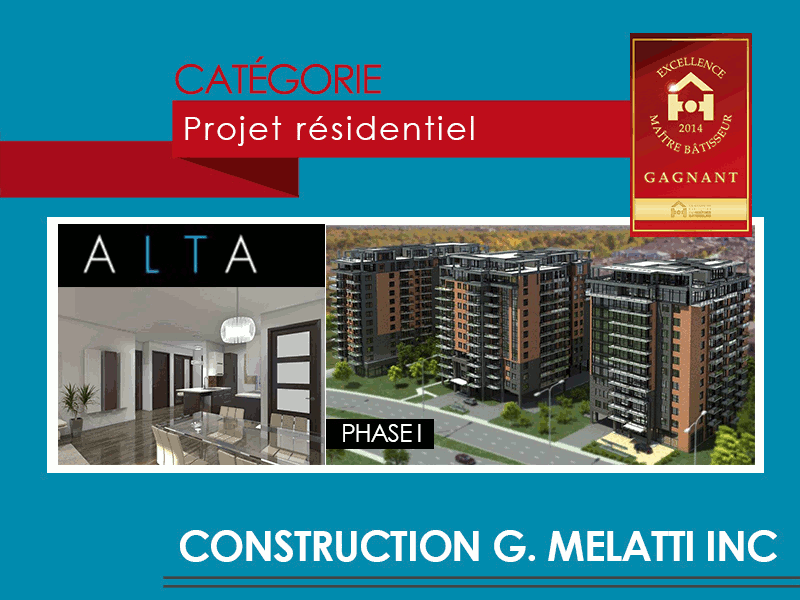 The tower condos "Alta" Phase 1 built by G. Melatti Construction was awarded the Excellence Prize by the Master Builders of Quebec.

The project designed by the office of Rak & Rak architects was recognized as the best residential achievement in Montreal in 2013 while facing great competition.

The borough of Lasalle has changed its zoning to give birth to Angrignon area and allow the construction of high-rise residential buildings. The company G. Melatti, a family business active in Lasalle for over 40 years, has proposed the construction of a complex of 300 upscale apartments: 13-storey Alta Tower and Alpha Tower, and 16-storey Alba Tower.

The first two towers have been realized thanks to the collaboration between an experienced constructor and an architectural firm with good achievements in the field of high rise buildings.

The award for excellence was announced at the Gala held March 13, 2014 at the Palais-Royal in Laval.

The event was covered by: